Part of the history of the formation of Costa Rica begins in this place.

Esterillos Oeste is not only the birthplace of several of the internationally famous surfers who represent Costa Rica around the world. It is also one of those hidden treasures that Costa Rica still has. The variability of the terrain divides the beach into two sections, one that is perfect for surfing or learning to surf. The other section of the beach is rocky forming pools during low tides. Continuing on the beach to the north, kilometers of rocky formations enclose history, dating from the formation of this Central American country. We will find part of the first lands that emerged, which contributed to the formation of what today is the territory of Costa Rica and were occupied by pre-Columbian populations. Punta Mala contains rich biodiversity, in this Wildlife Refuge. This is a treasure that is hidden by the tide for much of the day. Its access is limited, so the coordination of the visit is done according to the tides.
In the center of Esterillos, we have two mini-markets, 6 small formal hotels, a variety of restaurants and a lovely community.
A group of neighbors of Esterillos Oeste has a recycling program running for the last 10 years, allowing the community to recycle all this time. This same committee has an environmental education program with the children of the school. We also have an ecological Blue Flag committee that is rotated every year for different members of the community to get involved. Our beach started with 1 star in 2012 and in recent years has maintained the 3-star award.
In 2018 we built the first sea turtle nursery of Esterillos Oeste; Vivero Tortuga Vida, a project that has allowed the community to rescue about 2000 eggs last season and more than 6000 eggs this 2019. 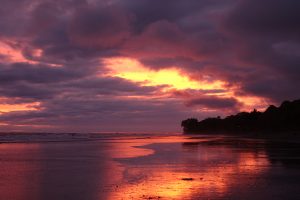 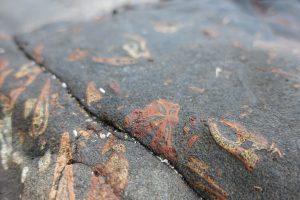 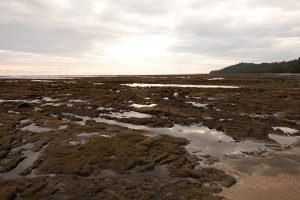